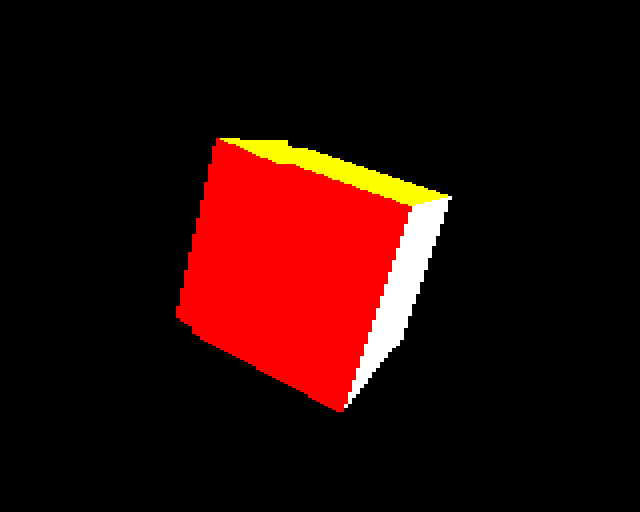 A very impressive (and FAST) demo of 6502 3D graphics rendering for the BBC Micro.

Nick Jameson recently shared one of his archived BBC Micro disks that contained some interesting routines he’d written back in the 90’s. A closer look at this revealed there were a few demos on these disks that were presenting some amazing high performance 3D rendered graphics, that were clearly pushing the limits of the BBC Micro’s abilities. Indeed, this appears to be the fastest solid 3D rendering routines we have ever seen on the Beeb.

To achieve this high performance, Nick had incorporated a number of very innovative coding techniques so we wanted to figure out how that worked!

This led to an annotated version of the code being ported to BeebAsm for the benefit of the 6502/BBC Micro development community, and so here it is.

Full source is available below, and some reverse engineered technical analysis can be found here.